We thought our readers might enjoy a behind the scenes look at how we get started writing our free children’s short stories. So, without further, adieu here we go!

After we figure out the character, the next thing we figure out is what is going to happen. Sometimes it can be a transition from one point in the character’s life to another, while other times it is a celebration to read along and enjoy. It can also be a problem that needs to be solved. For instance, in Trapped in a Bottle we decided that we wanted our genie to be stuck inside a bottle, and have to figure a way out. There are many types of topics you can write about, and no one topic is better than the other.

Once we have a general plan in place then we determine the location. Many times the location can be determined by the topic or even the character itself, but that is not always the case. For example, our character Trista the dryad from Autumn Revel and Spring Comes to the Forest has stories that take place in a forest, which is something expected as a dryad is a tree spirit from Greek mythology. But what if we had chosen to place our character somewhere else, somewhere unexpected like the middle of a desert or city? In our Trapped in a Bottle story, the bottle could have existed in any location we chose like the moon, a frozen tundra, or a restaurant shelf. All of these different locations were possible, and would have had a powerful effect on the outcome of the story.

Stay tuned for our next behind the scenes installment on how we get started writing our free children’s short stories! 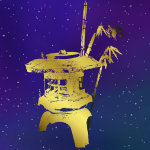 Disclosure:
grimmsimaginarium.com uses affiliate links to Zazzle, which means we make a commission on sales when you use any of our links to Zazzle. This does not affect your prices.